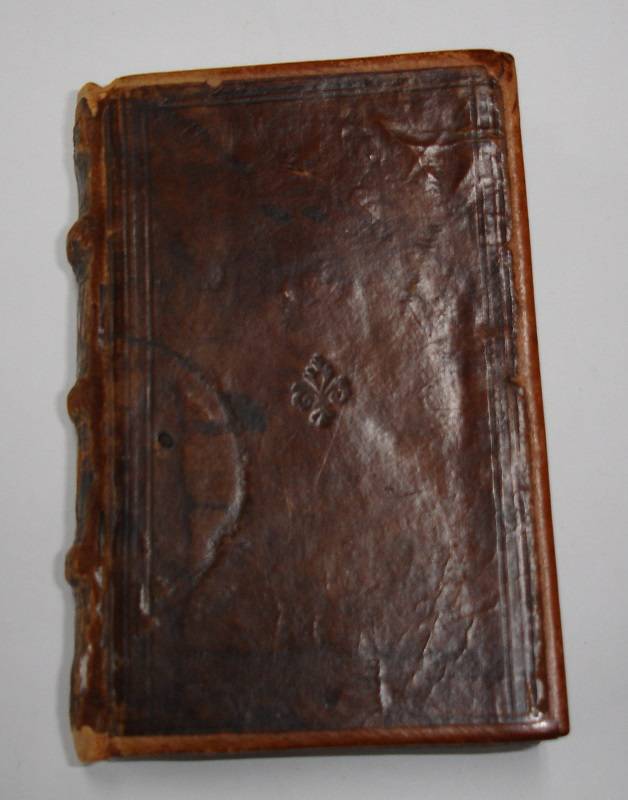 CATULLUS, TIBULLUS, PROPERTIUS. Catullus, Tibullus, Propertius. Paris (Parisiis), Ex officina Simonis Colinaei, 1543. 16mo. 160 leaves. Calf 11.5 cm (Ref: Schweiger 2,79; Moss 1,259: 'very rare work' & 'neatly printed'; Brunet 1,1678; Ebert 3757: 'after the first Aldine' of 1502; Fabricius/Ernesti 1,93) (Details: Binding skillfully repaired; back with 3 raised bands; boards with double fillet borders; title mounted and with architectural borders) (Condition: Binding somewhat scuffed, back rubbed; the title has been mounted, thus repairing a small hole in the center where a name has been cut out. Two small pinpoint wormholes in outer margin of the first 42 leaves. Some small ink annotations. A small and faint waterstain at the right lower corner of the first 40 pages) (Note: This triumvirate of Latin erotic poets was already united in one edition in 1472, published in Venice by Vindelinus de Spira. Editions of the three poets together remained immensely popular through the ages. Schweiger dedicates ten pages, with numerous titles, to combined editions of these three poets. This Colinaeus edition of 1543, which repeats an earlier Colinaeus edition of 1529, is based on the first Aldus edition of 1502. This is stated by the German scholar Chr.G. Heyne in the 4th edition of his Tibullus edition, Leipzig 1817, p. XLVIII: 'ex prima Aldina expressa, ut ipsi comparatione facta cognovimus'. Heyne adds the following point in favour of the Colinaeus editions: 'Emendata in his sunt vitia nonnulla graviora'. The Parisian publisher Colinaeus produced at least 3 editions of this triumvirate, in 1529 and 1533, both in octavo, and this one of 1543 in 16mo) (Collation: a-v8) (Photographs on request)
Book number: 120211 Euro 360.00